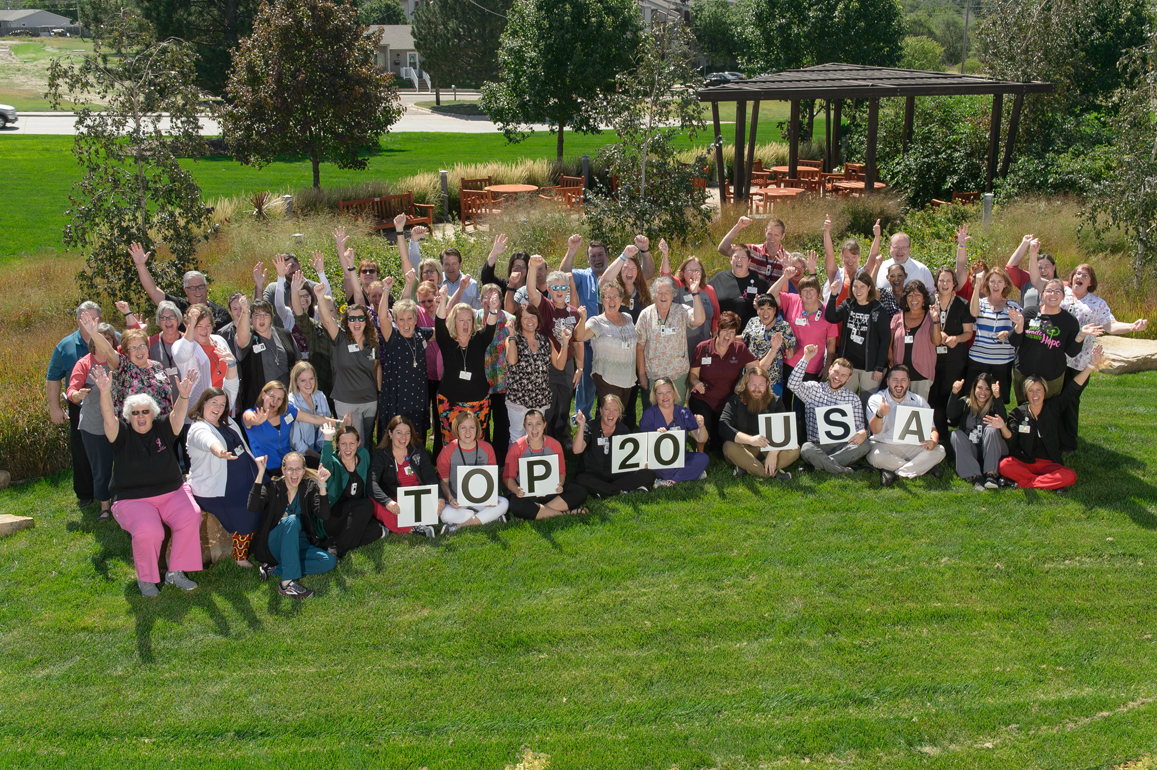 Community Hospital is dedicated to upholding high standards of excellence in all of our medical services. This focus allows us to offer a level of health care in Southwest Nebraska and Northwest Kansas that is quite remarkable. We are proud to have our efforts recognized.

The Caring Kind award is a time-honored tradition of the Nebraska Hospital Association. It recognizes outstanding health care employees who have demonstrated compassion for patients, cooperation with coworkers and dedication to providing the best care possible. Hospitals across the state select a Caring Kind recipient from within their respective institutions. Learn more about current and past Caring Kind Award Recipients.

In 2018, Community Hospital was named one of the nation's Top 20 Critical Access Hospitals as determined by the Chartis Center for Rural Health.

Community Hospital has been recognized multiple times in the Most Wired Survey and Benchmarking Study. Learn more about the Most Wired National Survey recognition.

Wellness and other Awards

Community Hospital was rated for safe surgery, along with 23 other Nebraska hospitals. The hospital was featured in the September 2013 issue of Consumer Reports "Your safer-surgery survival guide: Our ratings of 2,463 U.S. hospitals can help you find the right one."

Community Hospital has been recognized several times over the past few years by the Nebraska Hospital Association as the Advocacy Team of the Year.

2017-Community Hospital was named one of the Top 100 Critical Access Hospitals in the United States by iVantage Health Analytics and The Chartis Center for Rural Health.

2018-Community Hospital was named one of the Top 100 Critical Access Hospitals in the United States by iVantage Health Analytics and The Chartis Center for Rural Health for the second year in a row.