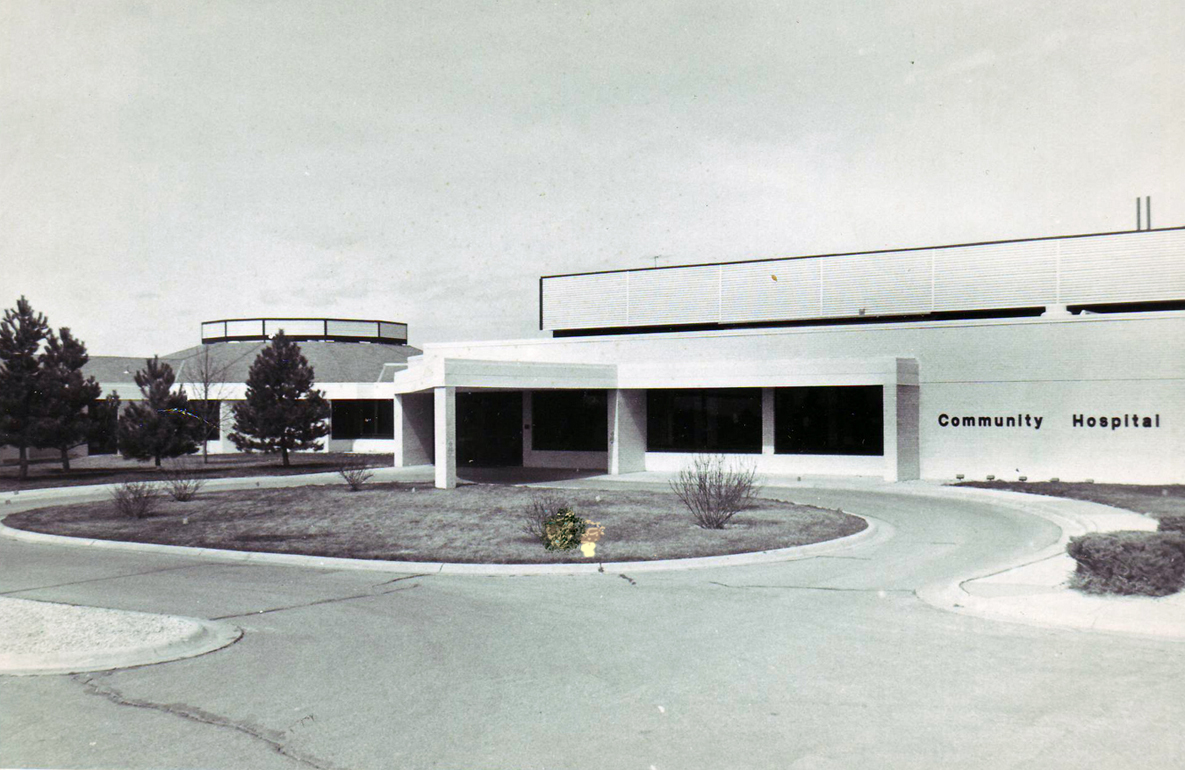 Above: A photo of Community Hospital taken in the 1970's.

Community Hospital began, as most dreams do, with a need. The Dominican Sisters Order, who had operated the St. Catherine of Sienna Hospital in McCook since 1923, expressed the desire to turn the facility over to the community. Thirty-five people responded to this need. The dream moved toward reality when they each gave $100 to form the Community Hospital Association. The Association was chartered as a Nebraska Not-for-profit corporation on September 4, 1970. They then began to negotiate with the Dominican Sisters for acquisition of the existing hospital, its equipment and land and to prepare to construct a new hospital. Transfer of ownership took place on January 1, 1971 with a three-year lease agreement. A fund drive began immediately to raise $375,000 in local money which would be added to Hill Burton funds to build the $2.2 million structure. Due to the generosity of area people, the goal was far surpassed, with more than $600,000 being received in pledges. Many of the gifts were made as three to five year pledges. More than 800 gifts were received of  $100 or more which entitled those donors to become members of the Community Hospital Association. The new facility, named Community Hospital, because donations toward the construction came from many area communities, opened July 1, 1974 at 1301 East H Street. This was the beginning of Community Hospital’s ongoing commitment to provide the finest health care possible to the residents of Southwest Nebraska and Northwest Kansas.