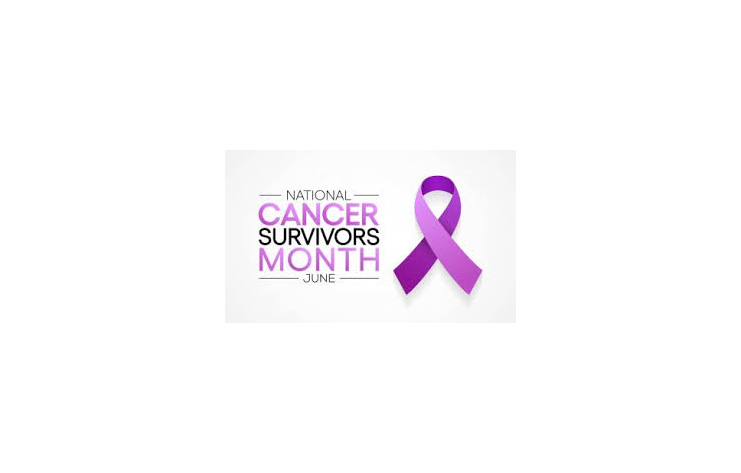 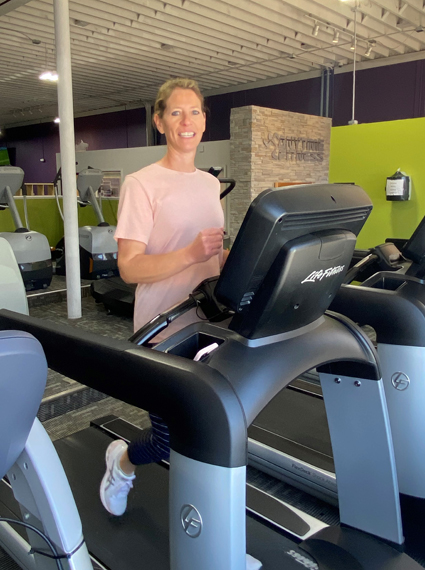 Here’s a New Day: Do Something with It

Traci Stevens, from rural McCook, did not let breast cancer treatment slow her down. She kept her life as much the same as she could. In fact, very few people knew she had cancer.

Cancer runs in her family; especially breast and prostate cancer – which go hand in hand. Because of that history, Traci’s doctor encouraged her to get checkups and a baseline mammogram in her early 30s. In December 2018, Traci received a letter following one of her mammograms requesting her to have a repeat mammogram in six months. Her husband, Jim, asked, “What are we going to do if it comes back bad?” In typical Traci fashion, she answered, “We’re just going to deal with it.”

June 2019 was not good timing for the follow-up mammogram. Life. Work. Family. They were in the middle of a very busy baseball season. Their children, Jadie and Layne, were 18 and 15 at the time. “I didn’t have time, but something said, ‘Go,’” Traci said.

A letter was sent about the results, but sat on the counter “for I don’t know how long.” Now they were in the middle of wheat harvest, at a 3-day out-of-town baseball tournament, and had a 16th birthday to celebrate. When it was opened, the letter said she needed to schedule a biopsy. Something suspicious had been viewed on Traci’s last mammogram. There had never been a lump. This was something only a mammogram could have discovered.

Following the biopsy, Traci remembers the exact place in the road she was when she received the call saying “It’s positive.” A more aggressive kind of cancer that is fed by hormones was found in a milk duct behind her nipple. Fortunately for her, it was classified at Stage 0 since it had not spread.

For them, this road leading to a diagnosis and treatment was very much about their family. They told the kids and called their parents, but chose not to tell a lot of people. “To us, it was very private at the time.”

Her treatment consisted of a lumpectomy and removal of two lymph nodes. Precautionary radiation followed at Community Hospital’s Anderson Center for Radiation Oncology every Monday through Friday for 33 days.

“It was huge to be able to have treatment here,” Traci says. “I could take myself to my treatment and take myself home. It’s an asset to our community that cancer patients are able to stay here for their treatments.” Physician assistant Amber Reynolds-Lorentz, who sees patients at the Anderson Center, “is a great mix of a doctor and a friend. She cares about the person you are and about your treatment.” All the staff at the Anderson Center “are there because they care about you. It’s not just a job to them.” And she added that she wouldn’t trade Dr. Todd Hlavaty, radiation oncologist, for the world. “He knows his business,” she said.

Traci is a busy woman. She has a teaching degree and substitute teaches when she can. She is a crop adjuster for RCIS Insurance. She’s married to a farmer. Their children are 20 and 17 now. When her mom passed away suddenly in the summer of 2020, she realized the importance of quality of life. Even before her cancer diagnosis, she discovered exercise and what it meant to her. Now she exercises every day, whether it’s between classes when she substitute teaches, or over the lunch hour, “I do it to take time for myself.”

Some advice she has learned along the way: “I am not my diagnosis. That’s not who I am. I’m a mom, I’m a daughter, a friend, and a wife,” she says. “I never thought I’d be sitting here having a conversation about this, but it allows me to do life in a different way; to take life as a blessing. God says, ‘Here, a new day-do something with it.’”

She’s glad she has paid attention to her health and her health history. She is also glad she did what her doctor told her to do – get regular mammograms. “The mammogram was my saving grace. You do it because you might be that 1 in 100, or 1 in 1000.”